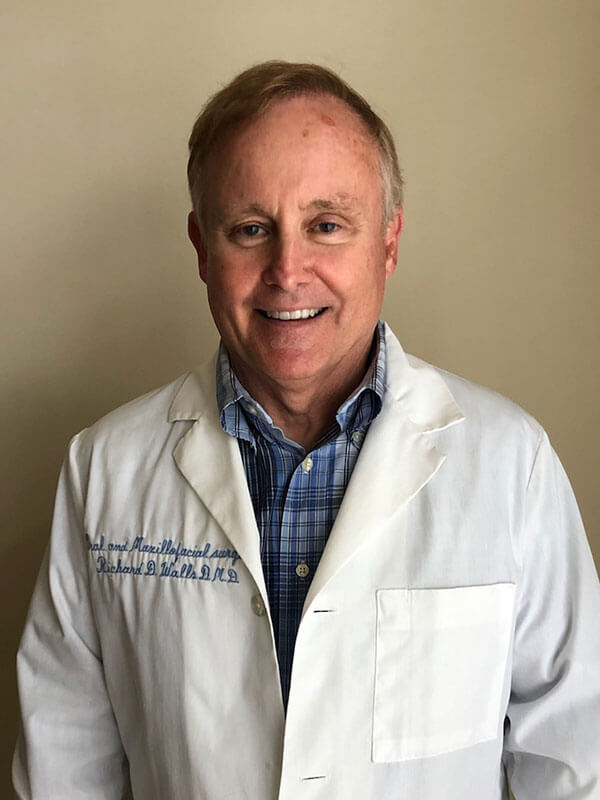 Dr. Richard Walls is a native of Marietta, GA and attended Sprayberry High school. He attained a chemistry degree from Emory College in 1980. He attended Medical College Of Georgia School of Dentistry, graduating with honors in 1984 and served in the United States Army Reserve during dental school. He next completed a one-year general practice residency at St. Agnes Hospital in Baltimore, MD. He returned to Emory University for a four year Oral and Maxillofacial Surgery residency and one-year fellowship in Oral and Maxillofacial Surgery. He completed his residency with honors and returned to Marietta to open his practice on Post Oak Tritt Rd in June, 1990. He performed his hospital surgeries at Wellstar Kennestone Hospital.

Dr. Walls wrote several scientific papers during his residency. He has special interests in dental implants and orthognathic surgery as well as wisdom teeth, Wilkodontics, sleep apnea, oral pathology and various aspects of his specialty. He has expertise in bone grafting using bone morphogenetic protein for implant support and has placed over five thousand implants.